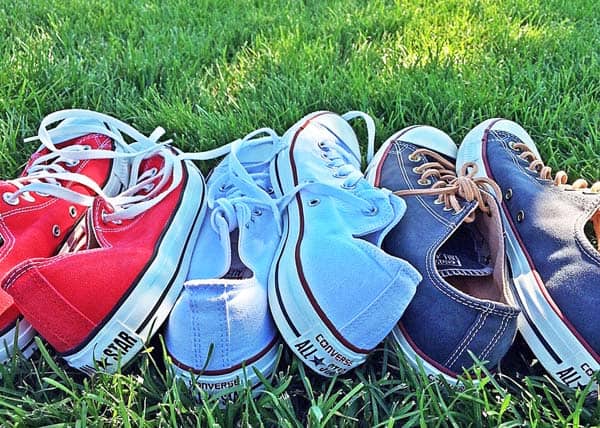 The 2020 presidential election is underway, and our political fatigue could reach new levels by the time November 3, 2020 rolls around.

How will we possibly stomach the TV ads, hyperbole, conspiracy theories, debates, trolls, bots and political shenanigans of the next 10 months?

I would love to hear your thoughts and suggestions!

These are some ideas from me, an average citizen (and unaffiliated voter).

The internet has fundamentally changed how we receive and respond to news.

Most journalists I know are deeply committed to reporting the truth, but unfortunately, the profitability of most online news sources relies on clicks. Often, more outrageous headlines tend to get the most clicks and shares. 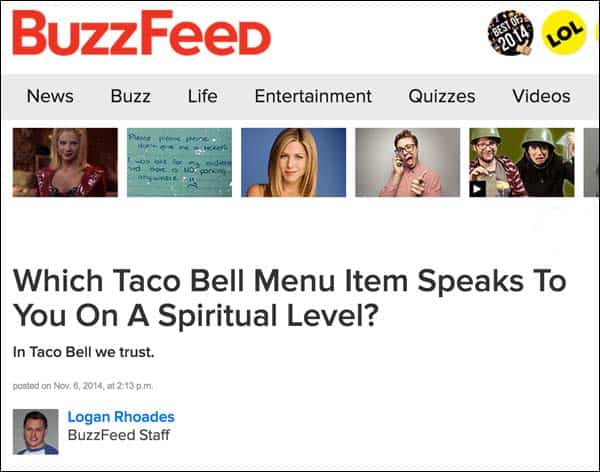 These days I get much of my news from the AP Wire, the source most major news organizations use.

This is plain vanilla news at its finest.

AP Wire offers news like you remember from the old-school newspaper days – factual headlines and an opening “nut graph” with the important facts in the first paragraph.

Is your favorite news source unbiased? Check it out on the AllSides Media Bias ratings chart.

It’s actually an odd experience to navigate around the site, because there’s no agenda or persuasion at play. Choose any hot topic you like — guns, healthcare, immigration, Social Security — and start reading.

No matter which side of the issue you’re on, you’ll probably discover some facts that butt up against your beliefs. Chances are also good that you’ll find corrections to facts disseminated by some of your favorite organizations.

Here are three more resources for doing your own fact-checking:

Snopes – handy for ferreting out the truth about internet hoaxes and rumors.

PolitiFact – a non-partisan fact-checking website focusing on political claims made in the US.

Helpful tip:  If the first three words in a headline are “Alien in Slammer,” you may need to fact check the news source. 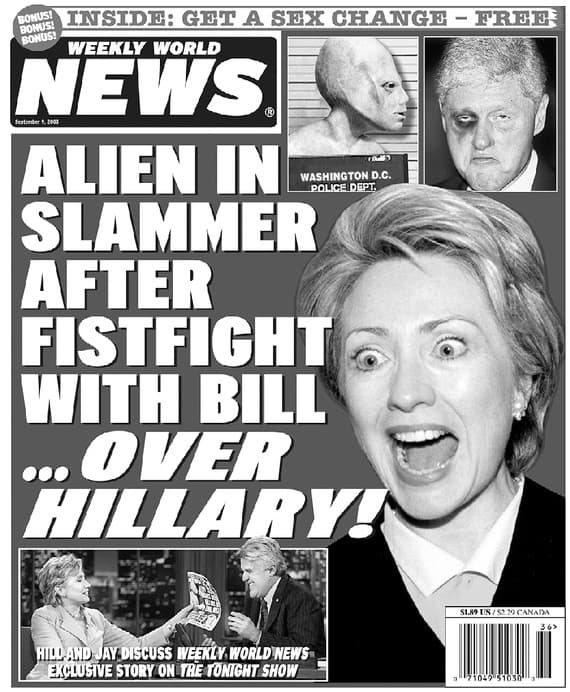 3. Seek to understand a wider range of viewpoints.

As divided as we are in the United States, we actually agree on one thing:

According to a recent poll reported in USA Today, 9 out of 10 Americans think it’s important to reduce our divisiveness and work to become more united.

One of the interesting things to come out about foreign interference in the 2016 election is that the operatives were trying to turn us against each other and divide our country.

Did the bad guys succeed?

You might enjoy the book “The Reunited States of America: How to Bridge the Partisan Divide,” by Mark Gerzon. I found it refreshing to read about how we are actually not as polarized as we think, along with the author’s ideas about how we can come together as a nation to find common ground and create positive change.

You might also enjoy listening to a fair and balanced political podcast.

Here’s an idea. What if we agreed to designate one day a week when politics are freely debated? Maybe we call it something like #WeighInWednesday.

If you’re feeling weary of politics, you simply avoid Facebook and Twitter on Wednesdays. If you’re fired up and feel like wrangling on the issues, jump in to the fray.

The other six days of the week we stick to family photos, funny videos, recipes, inspiring quotes and memes.

What do you think? 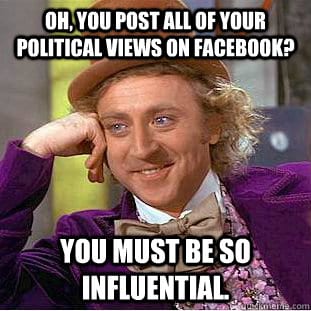 Kudos to Twitter CEO Jack Dorsey, who announced last fall that the company will not accept any paid political ads. Even our local TV news station doesn’t allow lies in the political ads it airs.

But Facebook? The company changed its advertising policy last year to accept and run political ads with false claims.

Is Mark Zuckerberg simply a patriotic, Constitution-thumping champion of free speech? Apparently not, since Facebook removes political misinformation that users share on their personal posts.

So why not similarly police paid political ad campaigns? What could possibly motivate this double standard? I’ll leave the theorizing up to you.

Do you think Facebook should profit from politicians’ lies? If, like me, you think NO, there’s something you can do. Use the platform less. Voice your opinion. Research facts. Report misinformation.

What are your strategies for dealing with the current political climate? How can we find common ground? Do you have any ideas to add to this list?

I welcome your thoughts and ideas in the Comments section of this post. 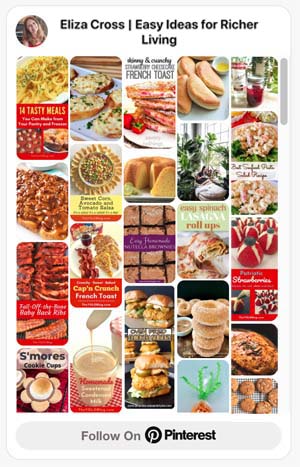